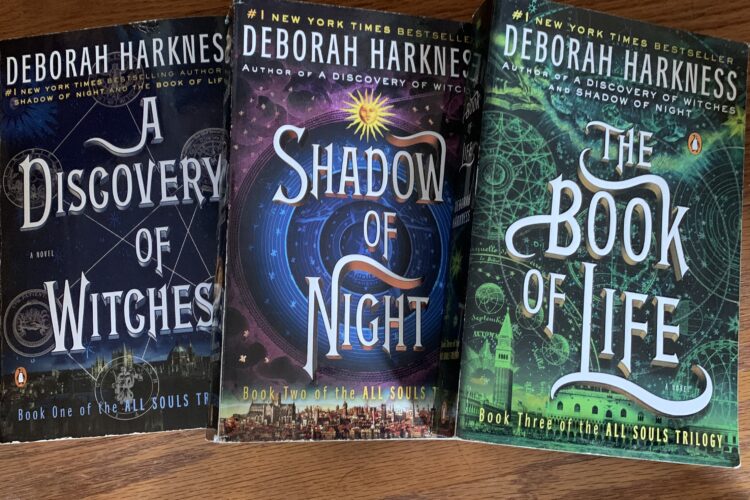 Knowing what to do in a crisis can be confusing, especially one as global in nature as the COVID19 pandemic. Here are some crisis management strategies from our favorite book series.

As we write this, we are all in some variation of the shelter-in-place mode of living. We may get outside to walk the dog or the kid(s), but we’re not at our offices or basically interacting much with the rest of the world in person. We also feel a bit like we’re moving from crisis to crisis. We’re all trying to figure out how to navigate the new world we’re in, living with the anxiety of not knowing what the future holds.

Whether we’re managers or executives or parents—or a combination thereof— many of us are also trying to offer a port in the storm for people around us. Our clients need help figuring out what to do and our employees are confused and worried about their futures and job security in addition to the people they love outside the office. Oh, and then of course there’s our family and friends we care about who we want to somehow help navigate all of life’s uncertainties. It’s a time when leadership has never been more crucial.

With luck (and some strict regulations) we will get to the other side. Yes, the world will likely be different AC (after COVID19) but we will get through it. The question is what to do in the meantime.

The good news is that we have a primer for some ways to cope as well as solid ways to navigate a world in crisis. The answers are no further away than the pages of one of our favorite book series, the All Souls Trilogy by Deborah Harkness. We could all do a lot worse than ask this question: What Would Matthew (or Baldwin or Diana or Ysabeau) Do?

So without further ado, here are some crisis management strategies from Deborah Harkness’ All Souls Trilogy.

Channel Your Inner Baldwin (or Matthew or Diana or…)
Whether it’s something as catastrophic as COVID-19 or something more minor (and we suspect our definitions of major and minor issues are going to be different in life AC) good leadership helps determine the outcome. This isn’t to say leaders always get the outcome they want, but competent leaders know when to pivot to try to effect the best outcome possible. After it’s clear Matthew and Diana need help and this is a family issue, for instance, Baldwin leads the charge and does not brook any questions from the Congregation or minions. In The Book of Life, Diana becomes a leader really for the first time, as she accesses and harnesses her powers. Yes, leading by consensus has its purpose but sometimes you just need someone to be in charge. Learning when and how to lead are something we can all take away from this series.

Recognize the Skills that Everyone Brings to the Table
The creature families in the All Souls Trilogy have members with particular skill sets and, when things get tough, each member is called upon to do “the thing” that he or she does best. The shadow congregation that was formed at the Bishop House was precisely the brain trust necessary to defeat the evil forces out to get Diana and Matthew.

Hamish drew up contracts and set the finances in order, Markus and Nathaniel leveraged technology, Miriam and Matthew gave Diana vaccines to inoculate her against the tiniest of 1590s combatants, and Sarah and Emily kept the house fed. Each member was vital to the organization and their varied skills were its strength.

When you look around your quarantine house at the child trying to put a dress on a cat and the partner swearing loudly at a home-improvement project gone wrong, remember that their skills (no matter how bizarre) are your own congregation’s strengths and those strengths will see you through this and all the other challenges to come

Don’t Be Afraid to Delegate
The best leaders know when they have to delegate. Maybe the qualities that are needed for a particular moment aren’t in their skill set. Or maybe they need to focus attention on something else. Whatever the reason, a good leader knows when to let go and empowers others to take the reins and run with whatever the project is.

Matthew is a good model here. While reluctant to let go of all the decision making, at a certain point he realizes he must in order to keep Diana safe and enable them to time travel back to Elizabethan England. He puts Marcus (who is a reluctant leader at this point but grows into it as he embraces it) in charge of the Knights of Lazarus. He also makes Diana the family representative to the Congregation.

Know How to Deal with Secrets
The vampires of the All Souls Trilogy remind us that they must tell their own stories. “That’s not my tale to tell” feels like a maddening cop out until you realize that keeping others’ secrets is a way for vampires to protect themselves and each other. But sometimes, even vampires tell stories that aren’t their own when they see that it is for the good of the family.

Ysabeau tells Diana about Blanca and Lucas while they are in the church. We’ve always felt that Ysabeau viewed this as a no-lose proposition. By telling Diana of Matthew’s past loves, it would either scare Diana off or reveal her true grit. We all know how it worked out for Ysabeau and we think it’s important to take her lesson to heart in these difficult times.

As leaders, we are conditioned to hold secrets close to protect employees, the company, privacy laws, or our own pride. While we are all still, technically, connected, our communication is suffering from a lack of warmth. Conference calls and emails will never replace the feeling of a one-on-one meeting.This might be the time to stop holding information so closely and start sharing it with the people who could benefit from it. There are enough secrets in the world. Let’s tell some tales and brighten up these dark days.

Plan what and when you can but when you can’t, be smart and think quickly.
Phillippe is the master here. Think and stay alive, he tells Diana, perhaps the best advice anyone can ever give for just about anything. We see Phillippe take that to heart all the time. Once he realizes he’s going to die in the future, he sends messages to Ysabeau about Diana and her ability to bear children for starters. Remember it’s Phillippe (and attributed to Charles Darwin, which we just love) who says, ”It is not the strongest of the species that survives, nor the most intelligent that survives. It is the one that is most adaptable to change.”

Do what needs to be done. The best leaders can take a step outside the maelstrom around them and look beyond. Doing that enables them to jump back into the fray and do what needs to be done in the more frantic moment. Matthew drinks Phillippe’s blood to help him die more easily. He does this even though he knows it will mean reliving Phillipe’s torture because he can see everything in his blood. Imagine the horror of that and the resolve Matthew needed to finish this task, all while knowing he was never (at least so he thought at the time) going to see or talk to his father again. Sometimes you just have to take a deep breath and take the next step. Sometimes the only way out is through.

Be human
Yes, being a leader means being strong and clear and focused. But there is also a point at which a leader knows the best thing to do is show they’re human, to not shy away from sharing how they’re also struggling but still putting one foot in front of the other for the benefit of themselves, coworkers and others. What does everyone want — no need — in times of uncertainty? Sometimes it’s not a one-size-fits-all approach either. Meet people where they are, and demonstrate empathy. And finally remind them — and yourself — that this too shall pass.

We wish you all the best during this most stressful time and we hope that, if you find yourself in a predicament and don’t quite know which way to turn, that you can reflect on the leadership skills of our favorite characters and take a hint from them. Be well friends and remember #WeAreAllSouls.

This site uses Akismet to reduce spam. Learn how your comment data is processed.

Join us on social!