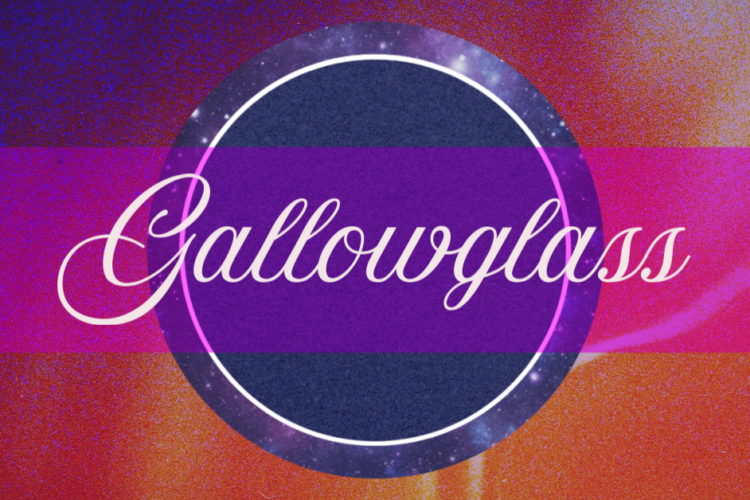 Gallowglass is among the most popular characters in Deborah Harkness’ bestselling All Souls Trilogy. Here are 7 reasons we love Gallowglass.

Gallowglass, the brawny Gael introduced in Shadow of Night, the second book in Deborah Harkness’ All Souls Trilogy, grabbed hold of my heart from the moment he stormed his way into the fifth chapter of the book. I ineloquently attempted to make a case for him (and in the process embarrassed my teenage daughter) during the “Holding Out for a Hero: The de Clermont Men” panel hosted by the ladies of Daemons Domain at the recent All Souls Con. Since my spoken words missed the mark, I’m hoping a few written ones will summarize why this character is one of my favorites and the favorite of so many others.

You don’t have to dig too deeply into your own psyche to realize your affinity for a book character might stem from your own partner or an idealized checklist for a future partner. The Gallowglass we meet in Shadow of Night is exactly that. He’s everything I adore about my husband and he’s a vampire dressed in Elizabethan garb. What’s not to love? If you’re still on the fence, here are seven more reasons to love Gallowglass.

He Has a Wicked Sense of Humor

Gallowglass is a man of action and doesn’t natter on about life and the universe. He breaks the arms that need to be broken and gets on with his day. When he does speak, his words are usually delivered with razor-sharp wit. During his introduction to Diana she asks Matthew, “This…berserker is your nephew?” Gallowglass replies “…and I’m only part Norse — the gentle part, if you must know…”

I’ve watched enough History Channel to know if the man’s gentlest instincts are Viking-esque, I wouldn’t want to rile up the other “parts” of him (or would I?). While I do think that Gallowglass’ words are a warning to Diana, I also think they are a brief glimpse into his humor. In my mind, I see him delivering them with a half-smile and a gleam in his eye.

Before they get their 1590s shit together, Matthew and Diana are a festering mess of passive aggressive jealousy and pent-up sexual frustration. During one of their rows, Gallowglass tells them, “I’m taking Jack and Annie to Baldwin’s house…You frighten the boy when you argue, and he’s known enough fear in his short life. Sort yourselves out or I’ll take them [Jack and Annie] back to London and leave the two of you here to shift for yourselves.”

Preach! Gallowglass doesn’t give gentle hints that Matthew and Diana are being assholes. He just tells them straight up to fix themselves or they will be alone in a world where they are sorely dependent on others. My best friends and partner have always been the people who call me out on my bullshit. They do it without fear because they know I trust and respect their opinions. Gallowglass? Well, he’s perfected that honesty thing and I love him for it.

As Diana and Matthew tend to matters in the 16th century, Gallowglass connects with the de Clermonts of the present. We find him “preparing for the gathering storm as he always did: by traveling as far and fast as he could…With the wind streaming through his shaggy hair and his leather jacket fastened tight around his neck…” We then learn he is “fond of sites where he’d been washed ashore, a merman coming aground in a tempest to find he could live on solid ground after all.”

We don’t know exactly where Gallowglass is from or what he’s been doing with himself for the last few centuries but one day, goddess willing, Deborah Harkness will give us that story. In the meantime, a long-haired, motorcycle-riding, pirate-ish vampire with a loyalty streak a mile wide and a sense of humor? Yes, I’ll have some of that please. I’ll have a lot of that.

While dining with Rudolf, Diana receives a witch text (that’s what I call the nonverbal communication between the witches) from Pistorius alerting her to the fact that neither he nor Rudolf trust her. Upon observing her reaction, Gallowglass hands Diana a shawl that she “hadn’t asked for and didn’t know he was carrying.”

Gallowglass is the Elizabethan version of a smart thermostat, which makes him perfect partner material. It’s one of the small, chivalrous moments that makes my insides go all funny. It isn’t a grand gesture. It is subtle and it shows precisely how attuned Gallowglass is to Diana’s needs. The reason becomes heartbreakingly apparent later, but for now let’s just enjoy this moment exactly as it is.

As things spiral out of control with Edward Kelley, Rudolf, and Ashmole 782, Matthew and Diana realize they need to leave immediately. “Gallowglass appeared, unannounced and uninvited. A burly guard following him, clutching at his own limp arm.”

Having Gallowglass around is the Elizabethan equivalent of being protected by an entire unit of special forces operatives. He swoops in, unseen and unheard, and beats (literally) a path to safety. There isn’t an ounce of hand-wringing with this one. He knows what needs to be done to protect the people he loves and he does it.

After modern Gallowglass finishes his phone call with Verin, he reaches for a bag of 24 runes. “He had always possessed a healthy respect for magic, even before he met Diana Bishop. There were powers abroad on the earth and the seas that no creature understood…he couldn’t resist the runes. They helped him to navigate the treacherous waters of his fate.”

This glimpse into Gallowglass’ spirituality is positively intoxicating. Until this moment, we’ve seen him as a brawny knocker-together-of-skulls, but here we get a glimpse of a deeper vulnerable side. He is strong and determined, but he is also mindful of the forces that surround him over which he has no control. He acknowledges the vastness of the universe and its incomprehensible ways. And in case those in the back haven’t yet heard the message, vulnerability is sexy. Now, someone fetch me my fan, I feel the vapors coming on.

Deborah Harkness has a way of honing a single sentence into something more than the sum of its individual words. Most of the beauties are so laden with emotion they cause me to put down the book and take a few moments to collect myself. There is one, though, that makes me laugh out loud. “Gallowglass returned to Spottengasse with two vampires and a pretzel.”

It’s one thing to be in a new city without having found your footing. It’s another thing to do it on an empty stomach. Gallowglass, well aware of the perils of a hangry Diana, brings her both a cook and a little something to tide her over until dinner.

The first time I met my All Souls Witchy Women friends in person, we had a brief squealing and hugging session at baggage claim and then departed for a car ride to a ferry. In all the excitement of the day I had managed to down an entire large cup of coffee and a few nibbles of a croissant. This was not the proper ratio of, well, anything really and four hours later I found myself pleading for Janet to pull over the car so I could relieve my stomach of its meager contents. A severe drop in blood sugar had me on my knees on a country road in Massachusetts.

It was not a great first impression on my part but I think it underscores the importance of the service Gallowglass provides. If you’re going to live in my world, you’ve got to bring snacks for the road trip and, with pretzel in hand, Gallowglass earns himself shotgun.

This is not an exhaustive list of why we love Gallowglass and you can probably think of a few more. Please leave your thoughts in the comment section. We love hearing from fans who love these books and characters as much as we do!

Also, if you wondering whether or not we’re looking forward to seeing Steven Cree portray Gallowglass in Bad Wolf‘s second season of A Discovery of Witches? The answer is a resounding yes and the proof is in this blog post that we wrote immediately after we heard the casting news.

6 thoughts to “7 Reasons We Love Gallowglass”

This site uses Akismet to reduce spam. Learn how your comment data is processed.

Join us on social!